The love and reverence that so many of us feel for Jerry Garcia is hard to quantify. We embrace his legacy and all the music he left us. His work with the Grateful Dead earns the bulk of the attention, deservedly so. He spent a vast amount of his time playing a totally different style of music with the Jerry Garcia Band. Most of the cover bands we have at the Crazy Horse focus on the former. It’s refreshing when occasionally they pay homage to the latter. Sacramento’s Shining Star gives its audiences the best of both worlds.

Jerry’s birthday was August 1, but it was one day later when Nevada City paid him tribute. All afternoon and into the evening, Achilles Wheel and The Deadbeats played free concerts at Pioneer Park. Anyone still craving more made their way down to the Horse to cap off the celebration. Shining Star didn’t waste any time delving into the improvisational side of the Garcia catalog with “Don’t Let Go.” The song is a slow burn which can almost lull you into submission before systematically blossoming into a R&B cosmos. Supporting vocalist Kathryn Alves was a MVP throughout the night. Soulful female vocals are an irreplaceable component of most JGB staples. In addition to having a beautiful voice, her stage presence was captivating.

Among the highlights of the night was the trifecta of heavy hitters strung together to close the first set – “Bird Song,” “Eyes of the World” and “Ain’t No Bread in the Breadbox.” Fresh from the park, Achilles Wheel drummer Gary Campus hopped on board to create a rhythmic brigade along with drummer Neil Campisano and bassist Rob Winter. “Breadbox” is such an endearingly upbeat song which showed the band’s acumen for deep cuts. Picking up where they left off, they opened the second set with “Mighty High” – a gospel infused gallop which is only familiar to the more hardcore Jerry-heads. Alves evoked Donna Jean Godchaux as the band stayed true to the song’s vivacious spirit. Keyboardist Tim Hartigan blasted through the mix with swirling organ effects. Guest trumpeter Solomon Wright added some extra heat with his horn.

Guitarist and lead vocalist Todd Gardner is the mastermind behind Shining Star and the one who consistently takes listeners into the proverbial vortex. He comes off as a savant with his mellow demeanor, unsuspecting appearance and ever-so-slight glimmer of mischief. Clearly the guy has worshiped at the Grateful grail for a long time. He approaches everything with a palpable sense of passion as well as technical savvy. It was a treat when the band dropped into “Terrapin Station” with Gardner admirably remembering the expansive lyrical tale. This tumbled into a primal drum solo, gripping the room like a python in a steamy jungle. Devolving into space, it was clear that a significant transition was in store.

Intent on laying down the ace card, “Dark Star” was not a move made for the faint of heart. Gardner and Co. were a unified lightning bolt of awesomeness as they let it rip in all its glory. Wright’s trumpet added an extra layer of intrigue. During a moment like this, you could almost imagine what it was like seeing the real thing in a tiny club in the 60s. The scene on the crowded dance floor was getting progressively loose and theatric. It’s always cool to see the youth and seasoned veterans coexisting in harmony at the Crazy Horse.  Wrapping it up with a short but powerful version of “Deal,” we thought to ourselves, “Now here’s a band that knows how to open the portal.” 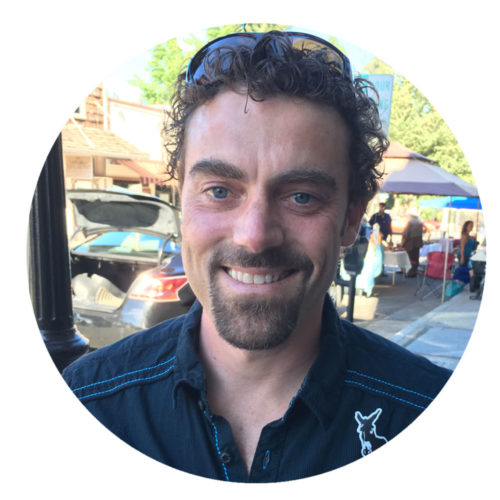 If you have walked through the door during a show at the Crazy Horse over the last six + years, you’ve probably been greeted by Tyler Blue. When we are truly moved by music, the feelings are hard to describe. Through these reviews, Tyler intends to crystallize emotions and illuminate reflections while bringing the spirit of a show back to life.